Beg bug infestations have become a common problem. Although often previously associated with overcrowding and dilapidated housing environments, Bed bugs have returned and can be found in the cleanest living accommodations including fine hotels and large apartment buildings.
The reasons they have returned is not fully understood, but is believed to be partially due to an increase in travel among people, which includes easy movement of luggage or other items that may have become infested.
Due to changes in regulations, pesticides that previously were used to control these offending insects are no longer being used, which may also be a contributing factor to their resurgence.
Bed Bugs galore in the Greater Seattle area:
Bedbug Infestations is hitting in all directions and Counties in the
Greater Eastside Bellevue Redmond Seattle area. It is unbelievable how even just one Holiday Season vacationer could bring a huge problem to and from a destination. With all of the traveling and visiting due to Thanksgiving there was more than a chance some souvenirs were coming home to Redmond. But not the kind the traveler wanted. Once the family got home to Redmond the beginnings of a huge bedbug infestation had begun.  The children were complaining about being bit by something and scratching like crazy. Dad checked the children’s beds and found dark blood stains and a live bedbug in the creases of a mattress. It can take up to 14 days for the nasty creatures to rear it’s ugly head.

Pictures of the bug were taken and a choice was made to call in a pest control service. AMPM Exterminators was notified,

pictures were emailed and an appointment was made to begin the long process to get ready to eliminate the Bed Bug infestation. 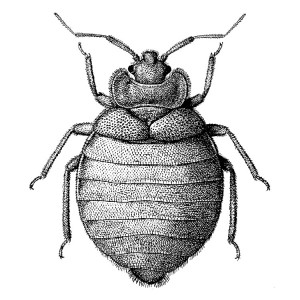 Bed bugs are one of the most difficult pest problems to eradicate quickly. By far, the best solution for bed bugs is to hire a local pest control company.