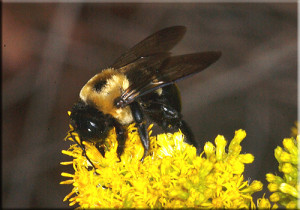 Honey bees (Apis mellifera) normally are 0.5 inches in length with a fuzzy light brown to black look. These also have striped black and brown abdomens. These are considered to be one of the most advantageous insects since they pollinate the plants, produce bee’s wax, and produce honey that is used in number of herbal medicines and is famous for countless benefits.

During numerous times throughout the year new Honey bee queens are produced which often forces the previous queen and a few of her laborers to leave the hive and create swarms. The procedure of swarming is when the bees are trying to locate a new home. The danger of being stung is lower when the bees are swarming because of their vulnerability of not having a hive or their honey to keep safer.

Africanized honey bees (Apis mellifera scutellata) are a bit smaller in size than the European honey bee; however, only an expert can differentiate between the two types.

These special kind of bees are quite aggressive which is different fromother European subspecies, as they will defend their hive more rapidly. A small swarm of Africanized honey bees have the ability to take over an European honey bee hive by simply invading the hive and killing the European queen and replacing her with their own queen.